I was born and grew up in the UK, starting my career in Film & Television right out of school in 1992, when I joined a small British TV facilities company called 'TV2'. Being part of the pioneering work being done by TV2 at this time, especially the development of live on-board camera systems for Formula One Motorsport and Motorcycle Racing (as well as Sailing and Powerboat Racing) gave me a solid grounding in Live Sports Television. When the organization later became part of the Canadian WESCAM group, I continued to expand my knowledge and experience with gyro-stabilized cameras, RF transmission and control systems, and miniature cameras. Within 5 years of joining TV2 / WESCAM, I was now project managing live coverage for virtually every televized sport, and overseeing large crews as EIC for events like the BBC's coverage of the 'Whitbread Around The World Race'.

When TV2 was dissolved in 1998, I started my own business, based in London, providing wireless camera transmission equipment and services to the British TV Industry. For almost a decade, I worked on countless projects, expanding from live sports to many news and entertainment shows. I developed close relationships with all the UK Broadcasters (BBC, ITV, C4, Sky etc) and then increasingly with National Broadcasters in more than 40 countries around the World.

In the spring of 2003 I was asked by Warner Bros. to design and build a multi-camera, digital video transmission system to be used as Director Assist during the filming of 'Harry Potter and the Prisoner of Azkaban'. The system I developed was a huge success and was the beginning of my gradual move into the movie industry.

However, with commitments to popular British shows like 'The Big Breakfast' and 'So Graham Norton', as well as also agreeing to be RF EIC for the Asian / European Golf tours, I continued to work mostly in TV. This involved working Golf tournaments across Asia for several weeks at a time, returning to the UK for a few days work there, before flying back to Asia again for more Golf.

By late 2007 however, I had made steps to have a home in Los Angeles as a convenient place to return to after periods away in Asia. It was there that I met and married my wife, and by 2009 made the switch to working exclusively on movies in Hollywood like 'The Amazing Spider-man', 'The Avengers', 'Inception', 'Mission Impossible' and 'The Bourne Legacy'.

By 2014, and now with a young family, I made the decision to work mainly in Live Television once again, to avoid long periods away from home on movie shoots. I initially found work as a freelance engineer, but then joined '3g Wireless' as a full time Truck EIC (Engineer in Charge). With 3g, I've worked on many major sports events including Cycle Racing (Tours of Utah, California, Colorado, Alberta etc), Motorsports (IMSA, GRC etc), Triathlons & Marathons (including The Boston Marathon), Football - College and NFL, including the SuperBowl, as well as major non-sports events like Presidential Elections, New Years Eve Shows in Times Square, Felix Baumgartner's 'Stratos' Project and David Blaine's Balloon stunt: 'Ascension'.

Working with a forward-thinking, innovative company like 3g, has allowed me to continue to broaden my experience with emerging technologies. It has also given me the freedom to pursue my own interests in the industry and to have a hand in developing some of those new technologies myself.

As 1st AC / Technician I have worked on dozens of the biggest Hollywood Movies in recent years:

Find out more about
The Bourne Legacy

Find out more about
The Dark Knight Rises

Find out more about
The Amazing Spider-Man

Find out more about
The Hangover 3 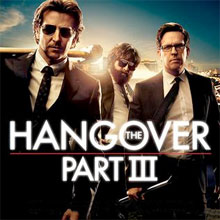 Find out more about
The Avengers

Find out more about
Inception

As Truck EiC, Project Manager or RF Technician I've been involved in hundreds of high profile TV Shows and Events:

Find out more about
Mission to the Edge of Space

Find out more about
The Olympics

Find out more about
News

Find out more about
Crashed Ice

I started straight out of school as a Production Assistant with an industry leader in minicam and microwave link technologies for motorsports coverage.

With TV2 now a part of the Canadian Gyro-stabilized Camera Organization, I gained valuable experience with airborne camera and transmission systems, project managing huge events during this time.

I launched my own company in London to provide specialized RF and Camera equipment to TV (and then Film) Producers around the World... Working on events from the Olympic Games to Harry Potter!

I made a permanent move to the USA and to the Film Industry, working on some of the biggest movies of the time like 'Inception', 'Bourne', 'Avengers', 'The Amazing Spider-Man' and 'The Dark Knight Rises' - before in 2014/2015, gradually moving back into Live Television.